In universities, the Kyle Rittenhouse’s recent acquittal should be an opportunity to study a controversial case that has sparked complex debates on issues as diverse as self-defense laws, guns, race, riots, human rights. accused, prosecutors’ missteps, media prejudice, etc. If administrators did their job, faculty and students would freely express a wide variety of points of view and have the opportunity to better understand each other’s diverse points of view. Instead, many admins preemptively impose their favorite narratives.

The Rittenhouse saga began in Kenosha, Wisconsin on August 25, amid riots that followed the police shooting of a black man. Rittenhouse, then 17, armed himself with an AR-15 style rifle and went into chaos, claiming he intended to protect the community. He ended up shooting three men, killing two. Last week, a Wisconsin jury found him not guilty of murder, crediting his claim that at the time he fired he feared for his life and acted in self-defense. According to many analysts, this was a plausible conclusion to be drawn from Wisconsin law and the video footage and testimony presented at trial.

Over 2,000 miles away, the administrators of UC Santa Cruz felt the opposite. Chancellor Cynthia Larive and Acting Director of Diversity Judith Estrada released a statement that began:

We are disheartened and dismayed at this morning’s not guilty verdict on all counts in the Kyle Rittenhouse trial… We join all who are outraged by this failure of accountability.

UC Santa Cruz is a public institution with approximately 19,000 students and 1,000 instructors who, it can be said, do not all share the same views. But Larive and Estrada emphasized their personal feelings and openly pledged solidarity (meaning “unity or agreement of feeling or action”, by one definition) with others. depending on whether they also feel angry. It’s about posture, not engagement with a campus community. I wrote to Larive and asked her to clarify why the jury should have found Rittenhouse guilty, if that is what she meant by “lack of responsibility”. University spokesperson Scott Hernandez-Jason responded, “The campus message speaks for itself.

Indeed, it does. America has never known a time without trials for sensational murders that capture public attention and ignite passions. I have an old-fashioned response to how a university should behave in these cases: it should remain neutral and promote reasoned analysis and debate. But Larive and Estrada made a different choice. And they aren’t the only university leaders to have done so since the verdict. Rather than encouraging independent scrutiny, administrators at many campuses have issued statements that presuppose answers to highly controversial questions and express opinions on the not guilty verdict in the case and its apparent significance as if these were questions of community consensus.

David French: Kyle Rittenhouse’s acquittal does not make him a hero

The entire episode is an illustration of a bigger problem in academia: administrators make ideologically selective efforts to appease the feelings of upset faculty members and students. These actions impose orthodoxies of thought, undermining both intellectual diversity and inclusion. “Certainly,” said a statement from Dwight A. McBride, president of the New School, “the verdict raises questions about … vigilantism in the service of racism and white supremacy.” In reality, many observers are far from certain that when 12 jurors concluded that a white man had shot three other white men in self-defense, they were talking about white supremacy.

There are exceptions in which administrators try to contextualize the Rittenhouse case in a pedagogically useful way. “Just this week,” wrote Gillian Lester, dean of Columbia Law School, “we saw the 11th hour commutation of a death sentence in Oklahoma, the long-delayed overturning of two assassination convictions. of Malcolm X, and – just today. – the acquittal of Kyle Rittenhouse, a case decided against the backdrop of deep divisions in our national discourse on criminal justice. Note the attempt at neutrality in formulation and analysis.

Lester’s school-wide email then acknowledged various perspectives and presented them as an opportunity for academic inquiry:

This trio of decisions has become a flashpoint for a heated debate about our systems of criminal procedure, the presence of structural racism in law enforcement, and the moral and political context against which we deem fit. of our legal system.

This reaction was worthy of what Lester called a “community devoted to the study of law and justice.” And she promised “a program where we can come together to share reactions, feelings, analysis and ideas.”

But most top-down proclamations from trustees are unnecessary: ​​as Glenn Loury, a professor at Brown University, explained last year, they assert platitudes or present defensible positions as certainties. “We professors are the only ‘leaders’ worth mentioning when it comes to the realm of ideas,” he insisted. “Why must the top management of this university declare, on behalf of the institution as a whole and with one voice, that it interprets unanimously – without subtle differences of accent or nuance – the events topical dispute through a single lens? “

This is precisely what Douglas M. Haynes, UC Irvine Vice Chancellor for Equity, Diversity and Inclusion, did in a statement that presented a highly subjective personal analysis as if it were of a fact. “The verdict,” he said, “sends a frightening message: neither black people live nor those of their allies” [sic] question. “But other observers, including professors at UC, disagree that he conveyed this message and believe statements like Haynes ‘are inappropriate from administrators’ expressing in an official capacity.

While waiting for neutrality university administrators now seems idiosyncratic, it was once a common thread for many academics. The principle was very famously articulated in a 1967 report that a committee headed by lawyer Harry Kalven produced for the University of Chicago. The mission of a university is the discovery, improvement and dissemination of knowledge, she explained, and a university true to this mission will challenge social values, practices and institutions. “A good university, like Socrates, will be overwhelming,” the Kalven report said. But “the instrument of dissent and criticism is the individual faculty member or individual student,” not the university itself, nor the administrators who speak on behalf of the whole. “The university is the home and sponsor of critics; he is not the critic himself.

Greg Lukianoff, who heads the Foundation for Individual Rights in Education, a nonprofit group that advocates for student and faculty rights, told me that every time universities talk about a controversial issue, they send the message. : “It’s a space with certain orthodoxies,” and “that has caused long-term damage to the single market of ideas that higher education is supposed to be. While the bullies chair is something university leaders can use, said Lukianoff, “they should be very frugal.”

The university, according to Kalven’s committee, should not compromise its neutrality, even to pursue laudable goals, such as social justice:

It is a community which cannot act collectively on current issues without jeopardizing the conditions of its existence and its effectiveness. There is no mechanism by which he can achieve a collective position without inhibiting that full freedom of dissent on which he thrives … If he takes collective action … he does so at the cost of censoring any minority that is not. Okay.

This inclusive neutrality “is therefore not due to a lack of courage or to indifference and insensitivity”, concludes the report. “This stems from respect for free inquiry and the obligation to cherish a diversity of points of view. This offers “the greatest freedom to its teachers and students as individuals to participate in political action and social protest.”

At the New School, McBride described a radically different philosophy:

I don’t immediately know how to analyze Rittenhouse’s verdict at a university where students, faculty, and staff work so tirelessly and passionately for social justice. Perhaps that is the answer right now: when we don’t yet know what to say, let’s console each other. Let us unite in our common commitments and values. I am grateful to be a part of this community that is so driven to confront inequality, decompress systemic racism, challenge oppression and create positive change.

Although we don’t know what to say, we do know what to do, which is to act to build stronger communities, to unite among ourselves, and to use our scholarship and research in the service of social justice.

It does not call for a deep and frank discussion between people with different opinions. It assumes that the community is united in a collective vision –– and what is more, that the community is somehow united. the two not knowing what to say and knowing what to do with it! And what about professors and students who disagree that the verdict was unfair, or feel upset by the inaccuracies in the media coverage, or believe Rittenhouse was the victim of a lack of a prosecutor, or fear that widespread criticism of the verdict will undermine the jury system?

Indeed, there are as many different perspectives on what is wrong with the world as there are individuals on a campus. People also differ greatly in what current events, if any, they find upsetting. Students and faculty should challenge university leaders who, as if speaking for their entire community, present subjective assessments and notions of what everyone thinks or “should” do. These administrators tell the group what they think they want to hear, cause people to hide other points of view, and interfere with everyone’s ability to educate and learn from each other.

Next Iowa Community Colleges Are Bridges to STEM Careers and Prosperity 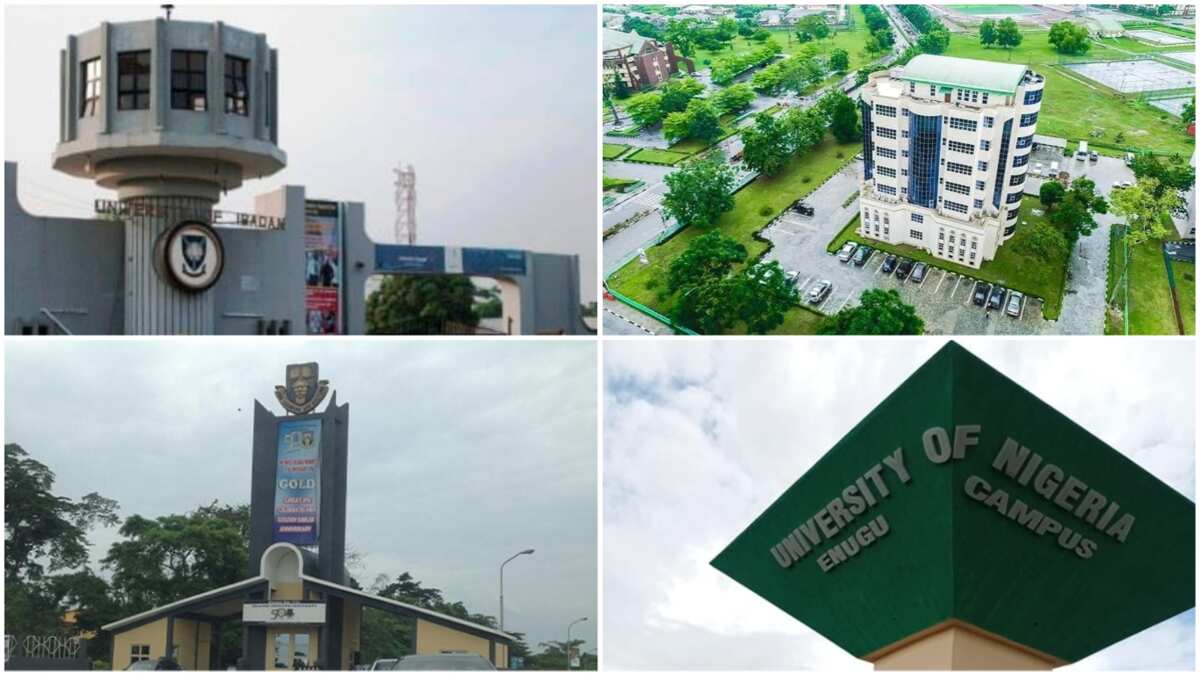